1. Nintendo was the name of an experimental indie rock band from 1998. 2. 'Nintendo' may incorrectly refer to numerous video game soundtracks associated with Nintendo Co., Ltd. These include the works of 近藤浩治 (Koji Kondo), best known for composing the score for Super Mario and The Legend of Zelda; as well as many other prominent video game soundtrack composers. NB: Please consider retagging your music collection to reflect the names of the actual composers, if known, rather than the company or individual games. 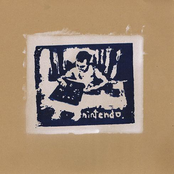