Rom Di Prisco (aka Romolo Di Prisco) is a classically trained composer, producer, and remixer who has been working on music for video games, tv, and film for over 14 years. He has been producing music for over 2 decades, with releases and appearances on over 30 record labels worldwide, including Bedrock, Nettwerk, Hook / Bellboy, System Recordings, Hypnotic / Cleopatra, Instinct, and Planet Dog. Rom has worked on over 30 video game titles, including Unreal Tournament 3 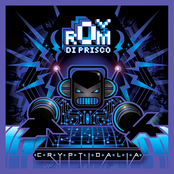